What happens to women’s careers (Part 2) 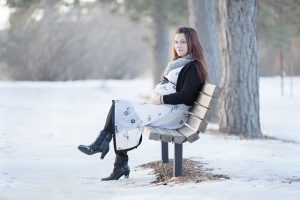 When I wrote last year  for International Women’s Day about ‘What happens to women’s careers when they get pregnant?’ I asked women who felt they’d been discriminated against because of pregnancy to get in touch.  I was perhaps expecting one or two emails.

Over the past 12 months I’ve had around 20 emails, messages and communications from women working in book publishing, who found once they became pregnant, their career was impeded for one of four reasons:-

I’ve received comments such as:-

‘It’s very daunting and I was not expecting to be faced with this situation when I fell pregnant.’

‘I know of women who were granted part time working options only to be made redundant a year or so down the line.’

‘Speaking to other freelancers I’ve realised we’re freelance because publishers (and the private sector at large) are unable to provide suitable flexible working options for us, that don’t incur a penalty (such as demotion, being stripped of management responsibilities.’

These comments are the tip of what seems to be a pretty big iceberg and it is obvious the problem runs far deeper.

Going forward, I’m aiming to gather meaningful data, all of which will be treated confidentially, so that we can continue to highlight what is a major issue for an industry employing so many women. [81.8% of respondents to the bookcareers.com Salary Survey 2013 were female.]

Please continue to contact me.  All communications are completely confidential.  When you do email, please supply the following information:-

Date of Maternity Leave  (This will help identify newer issues, rather than older ones)
Type of Discrimination
e.g Redundancy during maternity leave, redundancy after, part-time working refused, demotion, other
Your role
and if you feel able, the name of the publisher.

I’m not quite sure yet where all of this will lead, but it is a serious issue that needs to be addressed.

This website uses cookies to improve your experience while you navigate through the website. Out of these, the cookies that are categorized as necessary are stored on your browser as they are essential for the working of basic functionalities of the website. We also use third-party cookies that help us analyze and understand how you use this website. These cookies will be stored in your browser only with your consent. You also have the option to opt-out of these cookies. But opting out of some of these cookies may affect your browsing experience.
Necessary Always Enabled
Necessary cookies are absolutely essential for the website to function properly. This category only includes cookies that ensures basic functionalities and security features of the website. These cookies do not store any personal information.
Non-necessary
Any cookies that may not be particularly necessary for the website to function and is used specifically to collect user personal data via analytics, ads, other embedded contents are termed as non-necessary cookies. It is mandatory to procure user consent prior to running these cookies on your website.
SAVE & ACCEPT